The round table organised by Amigos de Europa was cellebrated in 18th of June in cooperation with Lucena Acoge. During the round table Javier Morales, president of Amigos de Europa spoke about ENSI project and introduced to the attendance in the work developed by the partners during almost two years. Also Jesús Pineda, social worker of Lucena Acoge explained the importance of ENSI project for her association and how they are implementing the methodolgies tested and learnt thanks to the project.  Also, we counted with the fireman, Miguel Roldán Espinosa who was cooperating with a german NGO in the Mediterranean Sea, nex to Sicily rescuing migrants who tried to arrive to Europe, and who right now is prosecuted by the italian court accused of human traffiking. 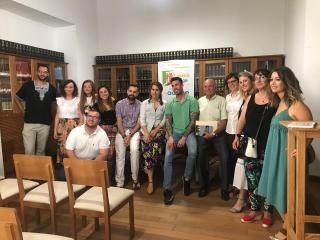